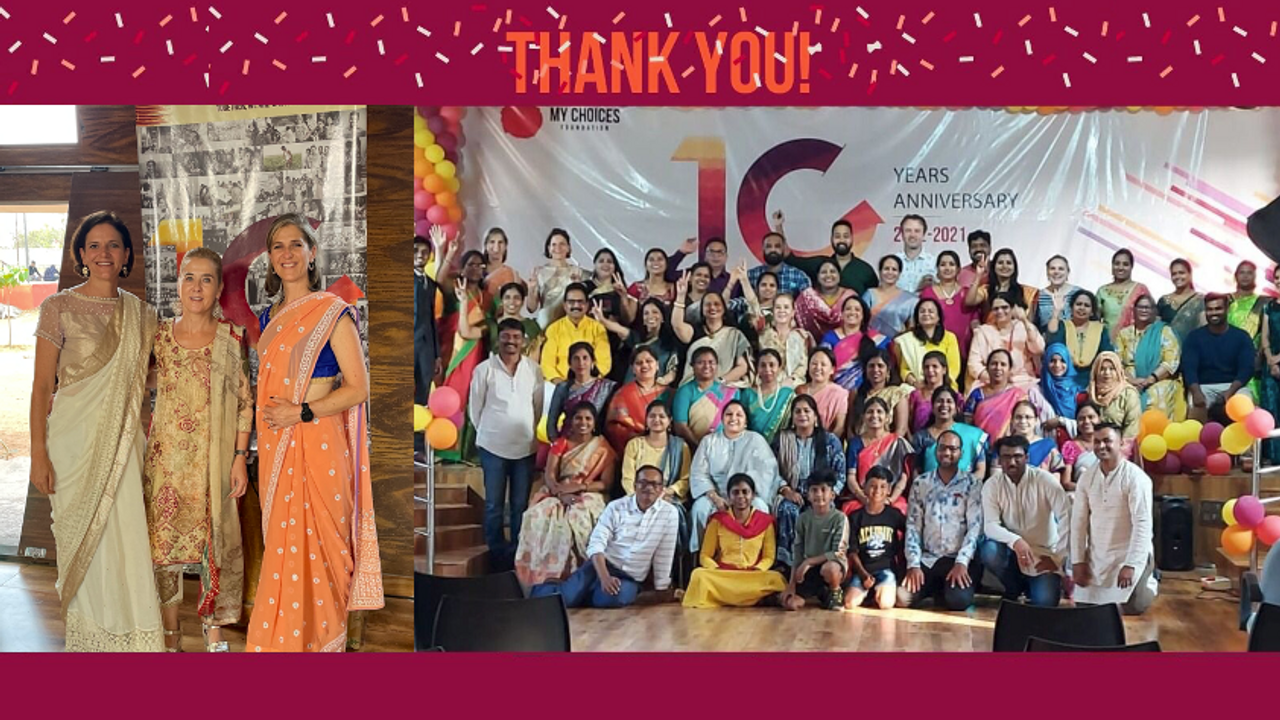 "A ship in harbour is safe, but that is not what ships are built for." John A. Shedd

Celia and I have recently returned from an exciting and eye-opening trip to Hyderabad, India. We were invited by  My Choices Foundation to deliver training to their team of 60 leaders as part of their 10-Year Anniversary celebrations. My Choices Foundation (MCF) is an NGO that aims to give women, children and families choices to live lives free from violence, abuse and exploitation.

We thought we were going to share our creative thinking, innovation and Insights Discovery learning with the leaders of MCF.

But we were wrong.

We were going to learn from them.

Here are three of the many lessons in creative thinking that we’ve learned over the past two weeks in India that you can apply to any problems you may be trying to solve.

(If you are wondering how My Choices Foundation (MCF) works and how we ended up in India, read on to the end!)

Creativity lessons we can all take from MCF

1.    Be brave and experiment with new thinking 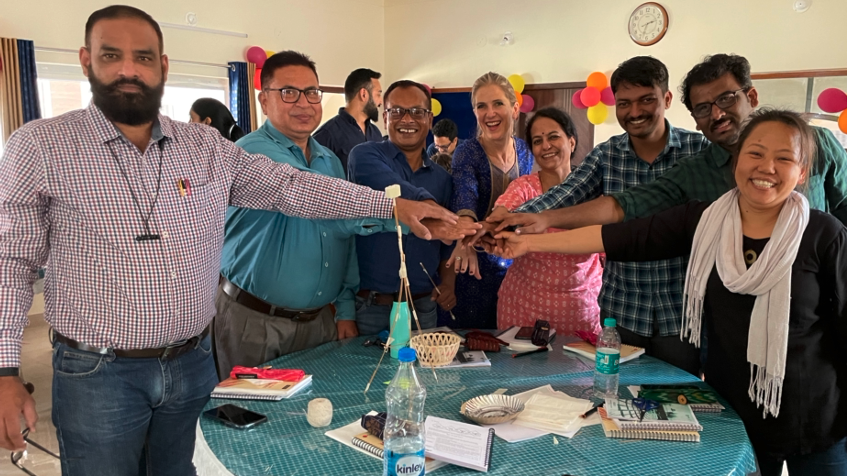 “If we are to fight discrimination and injustice against women we must start from the home for if a woman cannot be safe in her own house then she cannot be expected to feel safe anywhere.” ― Aysha Taryam

At first, the focus of MCFs work was on the women and children who were experiencing domestic violence. The victims were front and centre to their efforts. They surrounded the victims with love and provided them with counselling, upskilling, legal services and a safe house.

Then they realised that in going with the mainstream approach of focussing on the victim, they were leaving out one of the most important players in solving this problem - the perpetrators. The MCF team realised that they needed to involve the men who were committing the violence.

The team was brave and started experimenting with bringing men into their centres. It was not easy. They have often been threatened and felt afraid. Elca recalls a time when she and some of the PeaceMakers confronted a very angry and frustrated man in one of their centres, along with two of his friends. Elca noticed a knife on the man's belt and chilli powder in his pocket. Chilli is often thrown into the eyes to temporarily blind and disarm a victim. Thankfully she and the team were able to calm him down with their gentle, but firm approach, and their willingness to let him be heard.

As they persisted with this new thinking, their patient, non-judgemental and listening approach, led to the discovery that many men were themselves frustrated, afraid and without role models. Using this holistic, reconciliatory approach, MCF’s PeaceMakers now have a 90 percent success rate with their domestic violence cases, restoring harmony and safety and bringing healing to the victim's home.

Sometimes the situation is beyond repair and woman must flee to safety. However, most of the time they are able to help the man, educate the family about toxic masculinity and bring peace to the home.

Where do could you be brave and experiment with a new approach? 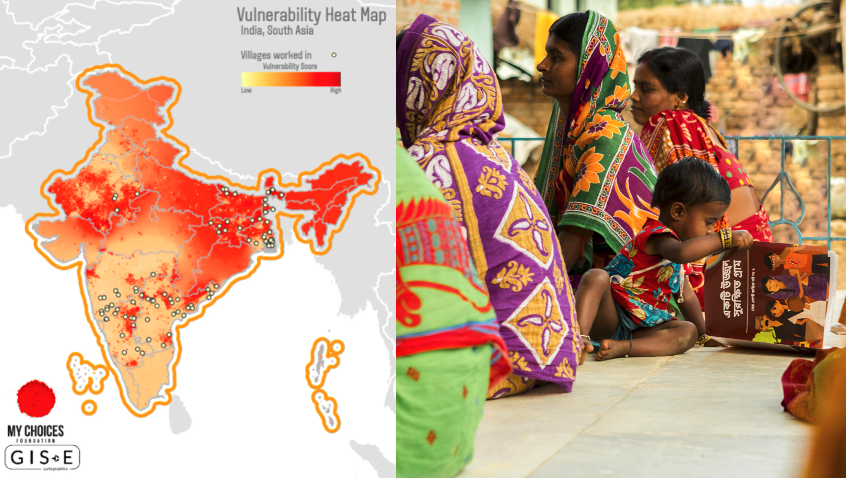 It was limited resources that got the MCF team asking another question:

Of the 60,000 villages in India, which villages are the most vulnerable?

Let’s start there. MCF partnered with Australian tech firm, Quantium, to develop a mapping tool with a spotlight on the villages of India. Using data from multiple data partners, they developed the first tool in the world of its kind to show where children are disappearing. They have now shared this tool with various global anti-trafficking bodies and organisations.

MCF is big on data. They capture every case and every bit of information they have on their sophisticated tracking system. This system started out as spreadsheets, then moved to online forms, and is now captured via a mobile application that every employee, volunteer and partner can access on their phones.

Have you captured enough data about your problem? Where could you gather more in order to reach a more creative solution? 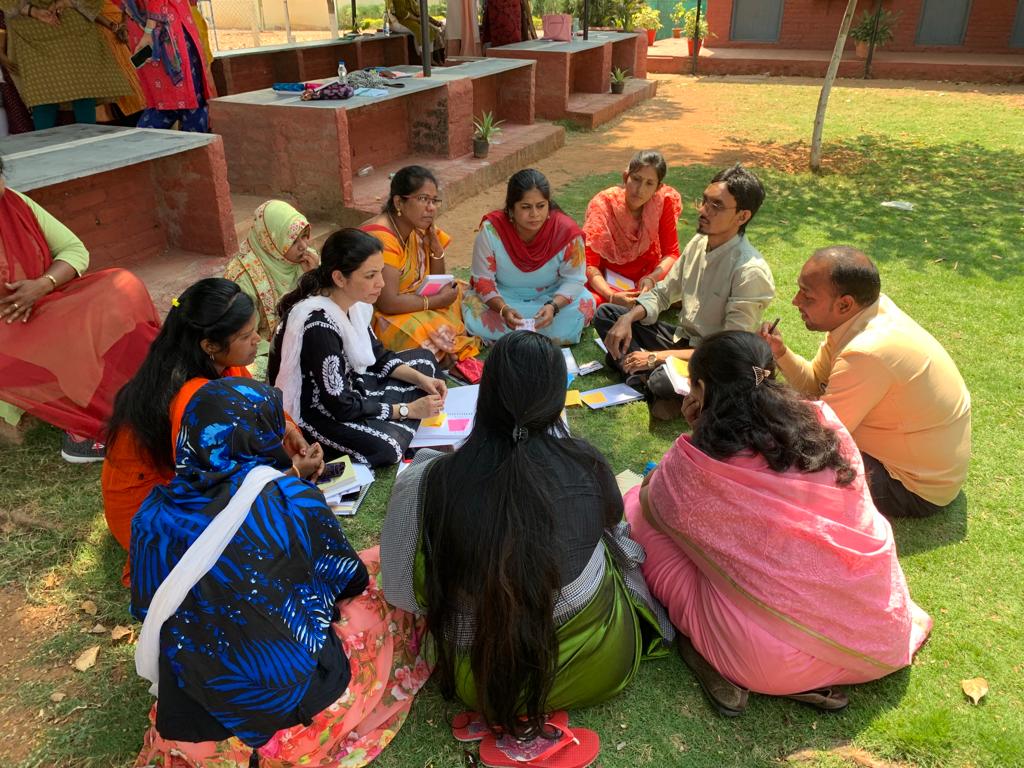 When it comes to creativity, one plus one is not two, it's eleven! It is vital for creative thinkers to be able to collaborate with one another and know how best to create in groups.

As a creative thinker, you need the ability to think your problem from a variety of eclectic perspectives and to be able to collaborate fruitfully with people who have different specialisations. The lone ranger is never going to achieve the most creative or most fruitful outcome.

At MCF, collaboration is key. MCF has over one hundred partners across India. Through partnerships, they have been able to work alongside exemplary organisations with a variety of skills, resources and perspectives. My Choices Foundation works according to the proverb:

Are you trying to solve your problem on your own? Who can you involve to get a new perspective on your problem.

On a personal note 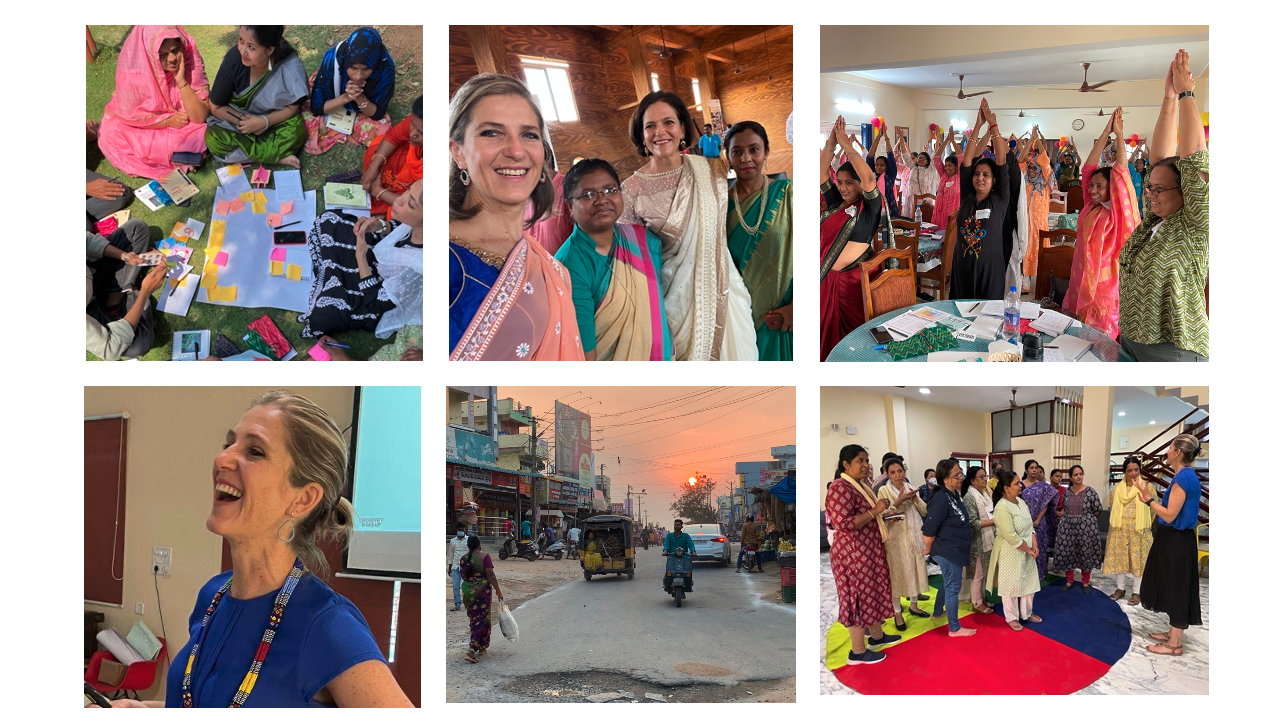 It was the first time that Celia and I travelled to India, and we loved it. Here are some of our highlights: 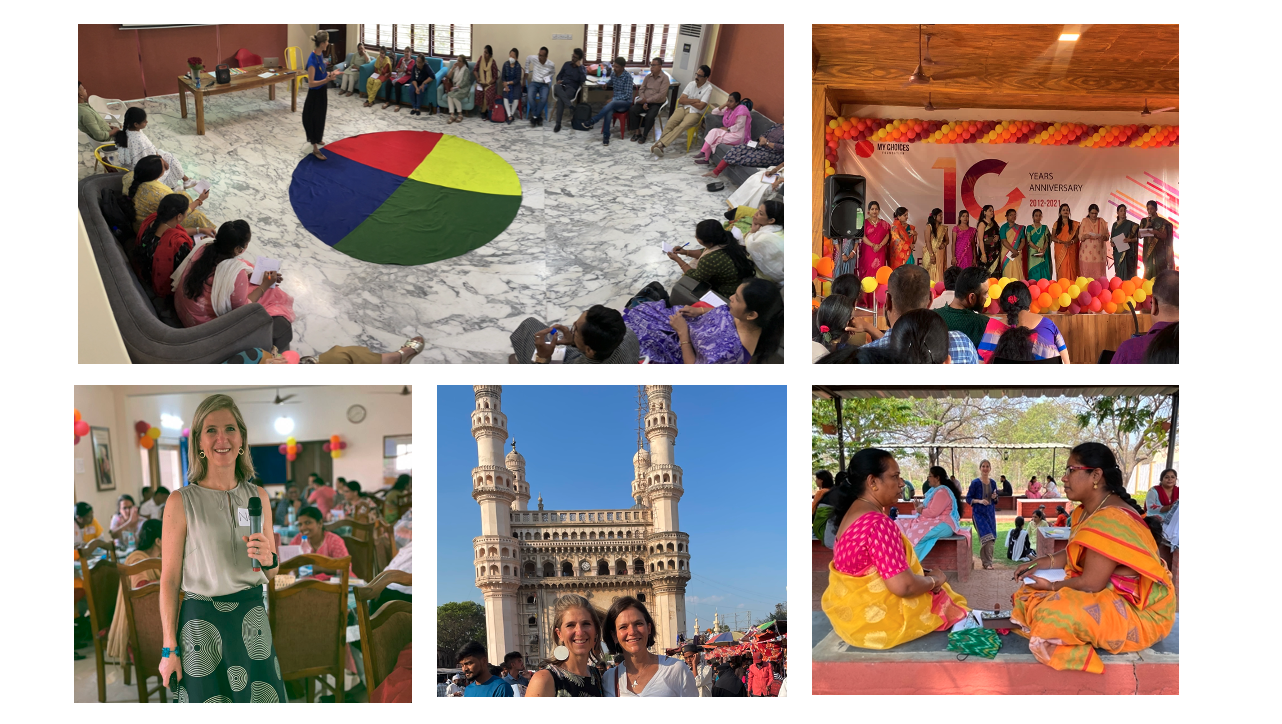 Now for some of the backstory...

How we ended up in India

It was music that brought us together. Yes! Music and children. Celia’s daughter and Elca Grobler’s daughter play instruments in the same band at school. One day, at a band performance, Celia and Elca got talking. “So, what do you do…?” Celia and Elca asked each other.

Celia learned that Elca ran an NGO in India called My Choices Foundation that aims to curb human trafficking and domestic violence.

Elca’s eyes lit up. “You must come and train our people!”

It took three attempts to get there, but after jumping over Omnicron, travel restrictions, and many other hurdles, we finally got there!

Why Elca founded My Choices Foundation 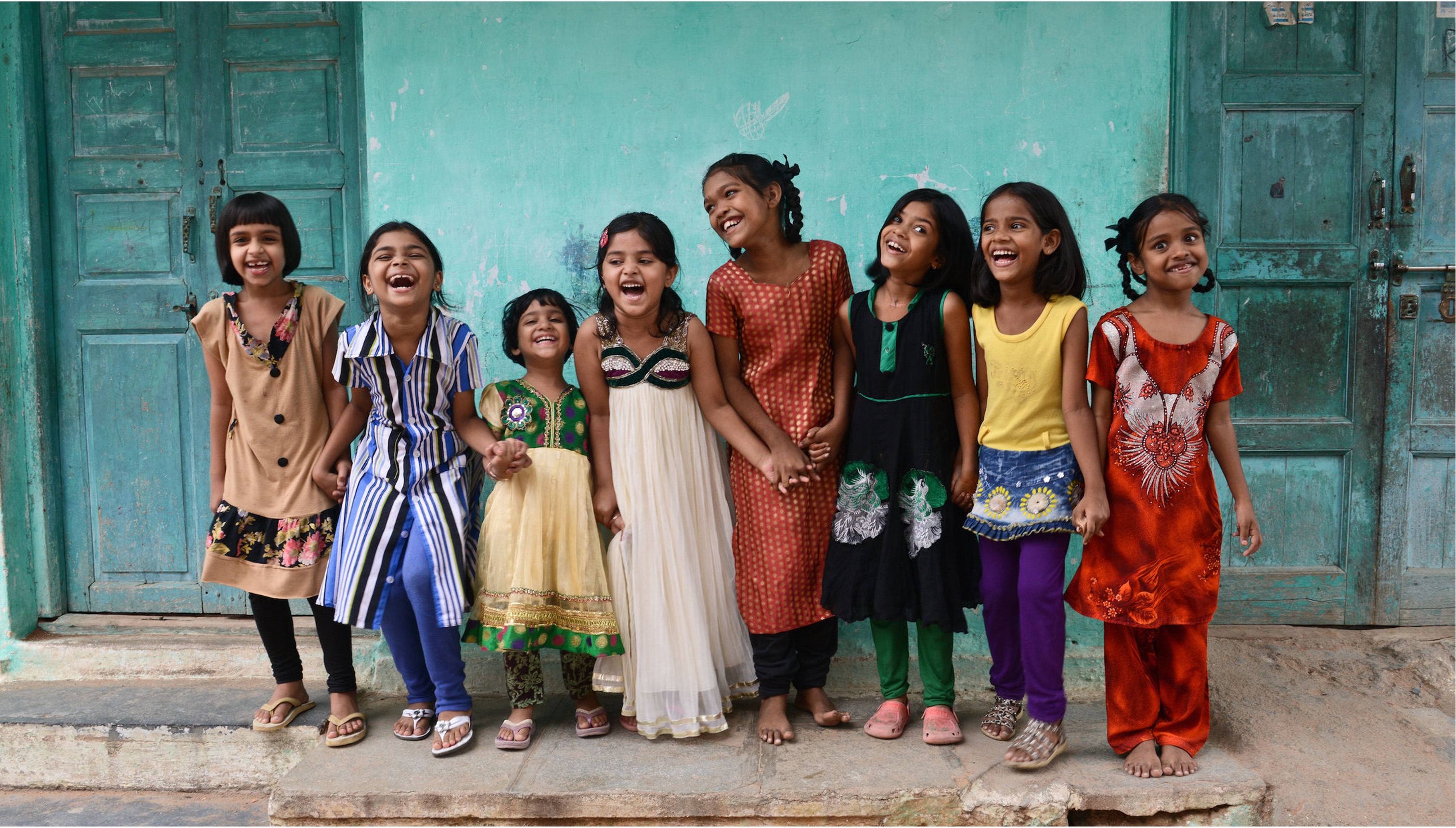 Having worked in senior management at RMB, Elca Grobler wanted to give back. She was drawn to India and fell in love with people of this vast the country of 29 states. She felt moved to contribute to society in India and considered offering free training to women in financial literacy. When she begun engaging with local women, the topic of domestic abuse came up again and again. The women told her: “Financial freedom won’t help us when we are abused at home or our children are disappearing.” Elca decided that helping to curb domestic violence was a more pressing need than building financial freedom.

10 years later, My Choices Foundation is the biggest anti-trafficking NGO in India, reaching across 10 states and with over 100 partners.

What does My Choices Foundation do?

My Choices Foundation aims to give women, children and families choices to live lives free from violence, abuse and sexual exploitation.

They act through two operations focusing on two important issues: 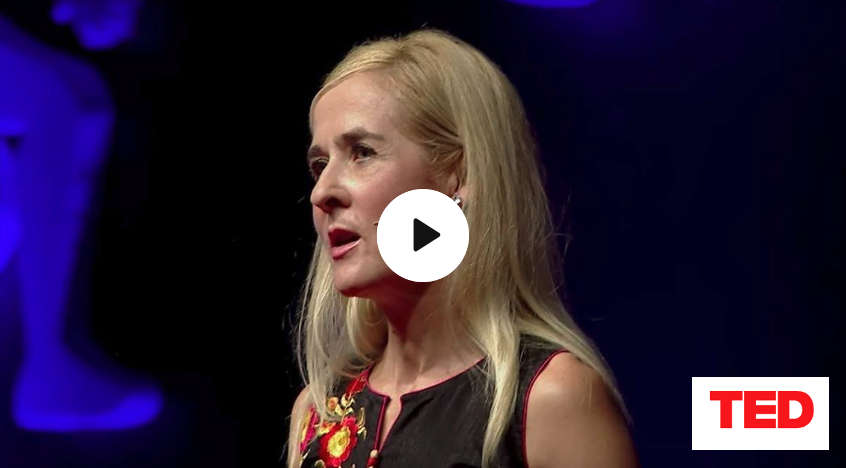 Find out about the innovative programmes that My Choices Foundation has implemented in their 10-Year Anniversary Celebration video: 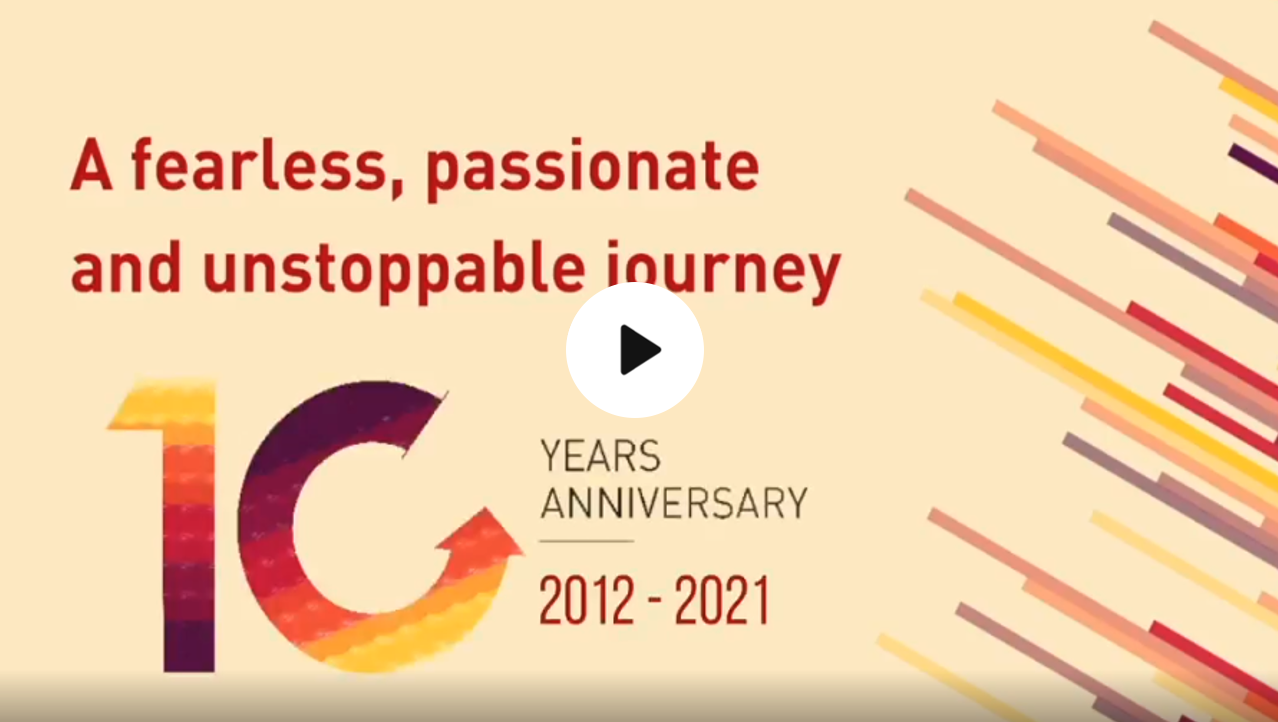 Contact us at [email protected] to find out more about our Creative Thinking and Innovation programmes, as well as how to use Insight Discovery personality profiles to grow self awareness and team synergy.