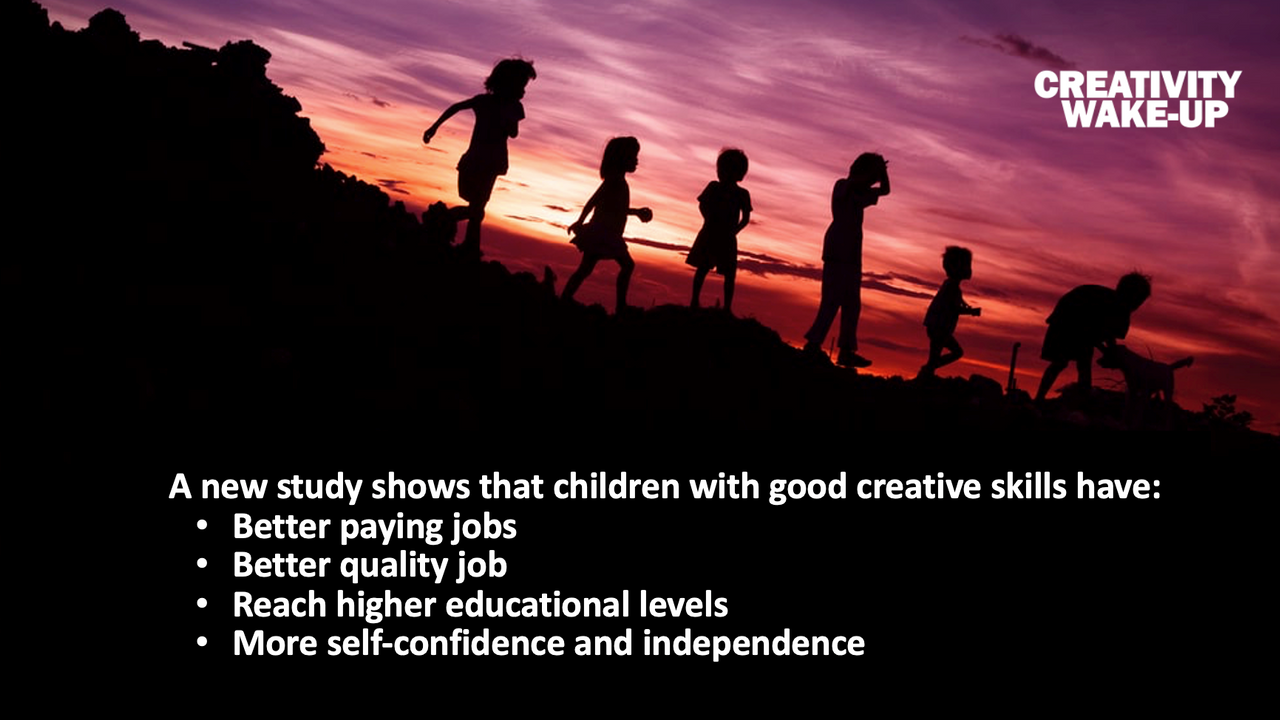 Nina and I were excited to receive an email from Professor David Gill, telling us about his new paper that clearly demonstrates that creativity measured in childhood predicts future success.

Professor Gill wrote to us saying, "I've just finished writing a new paper where we show that creativity measured in childhood predicts educational attainment and success in the labor market, over and above the effect of traditional cognitive ability. Incredibly, we are not aware of any other work that links creativity in childhood to labor market outcomes!"

This is indeed extraordinary given society's huge interest in childhood creativity. Sir Ken Robinson's talk "Do schools kill creativity?" is the most watched TED talk of all time and has been downloaded more that 71 million times.

We would like to thank Professor Gill for sharing his excellent paper with us and would like to share his key findings with you. The quotations that follow are from his academic paper entitled "The...